Juventus have confirmed that Mattia De Sciglio has not suffered a serious injury after his early substitution in the Champions League opener against Barcelona. 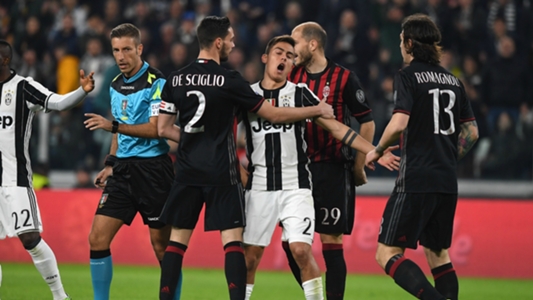 The Italy international pulled up with a leg injury prior to the half-time break with Barcelona leading by a 1-0 scoreline.

Stefano Sturaro came on as his replacement in the 41st minute, but he could not make much of an impression as Barcelona clinched a comprehensive 3-0 victory over the Bianconeri on Tuesday night. Initial reports suggested that the 24-year-old could be out for a considerable period of time with a sprained ankle but Juventus have confirmed that there was no significant damage.

“Mattia De Sciglio had medical tests today to determine the extent of the injury he suffered last night against Barcelona. The tests at J-Medical excluded any serious injuries in the affected area (the third distal of the right leg). However, in view of the short time since the injury, additional daily clinical monitoring, as well as additional checks will be required in the coming days,” the Bianconeri said in a statement.

As a result, De Sciglio is certain to miss this weekend’s Serie A clash against Sassuolo as he will undergo additional tests to check the extent of the injury. Max Allegri’s side had beaten Barcelona by 3-0 aggregate during the quarter-final stage of last season’s Champions League and the Catalan giants had the perfect revenge as they thumped them by a 3-0 scoreline on Tuesday night.

Lionel Messi bagged a brace on the night with Ivan Rakitic netting the other goal in what was a comfortable win for Ernesto Valverde’s side. Juventus have made a good start to the Serie A season with three victories in the opening three games, and Allegri’s immediate focus will be on continuing the run with the likes of Napoli and Inter Milan hot on the trail.