According to fresh reports coming from Italy, Italian Serie A giants Juventus have just joined La Liga outfit Barcelona in the race to sign Lyon attacker Memphis Depay. The report was published by Calcio Mercato who are reporting that Juventus have jumped ahead of the Spanish club in front of the queue to sign the Dutch forward from French outfit Olympique Lyonnaise. 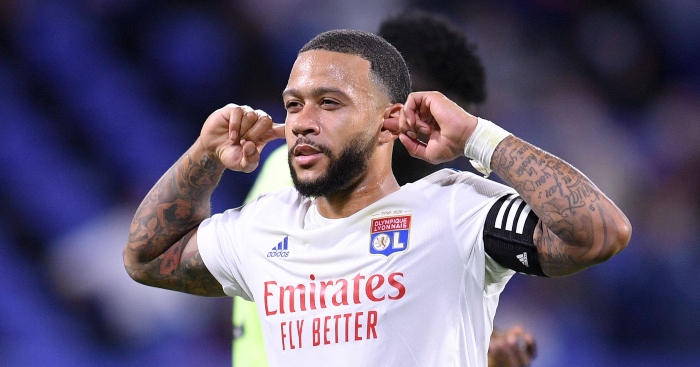 Depay is currently playing the last few months in his current contract as it is set to expire at the end of the current season having not yet established an agreement on a new deal at the French giants. Just a few weeks ago, Barcelona were said to be the headliners and in pole position to acquire the services of the former Manchester United winger, but the latest reports suggest that they have slipped up in the race.

The Blaugrana came close to signing the high-flying winger last summer but could not meet the demands of Lyon, who were holding out for the player’s full release clause to be paid before any deal could be negotiated. Barcelona then had to pull out of the deal in the process, hoping that they would be able to get their man on a free transfer if his contract expires this summer.

Depay has a tough decision to make in choosing either Barcelona or Juventus and is faced with the lure of having to play alongside either Lionel Messi in Spain or Cristiano Ronaldo in Italy. However, with the Summer transfer window still some months away, the Netherlands international forward is believed to still have time to decide where he will be playing his football next season.

Another deciding factor that could impact Depay’s decision is the fact that he has worked with current Barca manager, Ronald Koeman before at the national team and may well want a reunion.